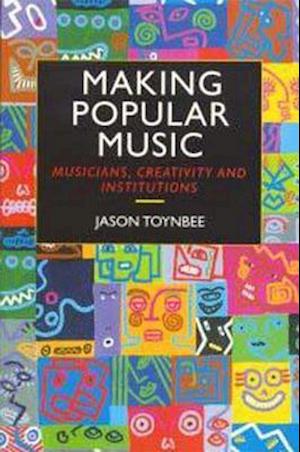 *Nominated for the International Association for the Study of Popular Music Book Prize* Partly because they are the objects of such intense adulation by fans popular musicians remain strangely enigmatic figures, shrouded in mythology. This book looks beyond the myth and examines the diverse roles music makers have had to adopt in order to go about their work: designer, ventriloquist, star, delegate of the people. The musician is a divided subject and jack of all trades However the story does not end here. Arguing against that strand in cultural studies which deconstructs all claims for authorship by the individual artist, Jason Toynbee suggests that creativity should be reconceived rather than abandoned. He argues that what is needed is a sense of 'the radius of creativity' within which musicians work, an approach that takes into account both the embedded collectivism of popular music practice and the institutional power of the music industries.Drawing on a wide range of theoretical positions, as well as examining musical texts from across the history of twentieth-century pop,this groundbreaking book develops a powerful case for the importance of production in contemporary culture. Students of cultural and media studies, music and the performing arts will find this book an invaluable resource.