Making Officers out of Gentlemen 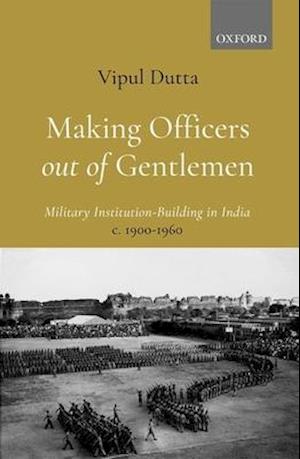 Making Officers out of Gentlemen aims to study the emergence and evolution of the military training and feeder institutions, beginning in the early twentieth century, which were central to the project of Indianization-a key political and nationalist process aimed at opening up of the officer ranks to Indians in the Indian Army.This volume examines a broad network of institutions, starting from the early preparatory schools in the northwest that sprang up from the 1890s to the post-Independence national institutions like the National Defence Academy (NDA). The author argues for a more sustained discussion on the policy implications of this large transformation of India's institutional landscape, where Indianization turned the spotlight on issues of the Indian officers to their evolving occupational profile, therelevance of educational policy in military decision-making, and their larger systemic relationship with the colonial and postcolonial State. The book also addresses military training institutions broadening the scope of military Indianization policies in order to include substantive themes ofadministration, student and officer training, and other institutional challenges.