indgår i serie Empires in Perspective 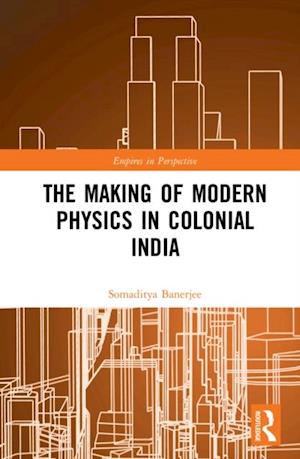 This monograph offers a cultural history of the development of physics in India during the first half of the twentieth century, focusing on Indian physicists Satyendranath Bose (1894-1974), Chandrasekhara Venkata Raman (1888-1970) and Meghnad Saha (1893-1956). The analytical category 'bhadralok physics' is introduced to explore how it became possible for a highly successful brand of modern science to develop in a country that was still under colonial domination. The term Bhadralok refers to the then emerging group of native intelligentsia, who were identified by academic pursuits and manners. Exploring the forms of life of this social group allows a better understanding of the specific character of Indian modernity that, as exemplified by the work of bhadralok physicists, combined modern science with indigenous knowledge in an original program of scientific research. The three scientists achieved the most significant scientific successes in the new revolutionary field of quantum physics, with such internationally recognized accomplishments as the Saha ionization equation (1921), the famous Bose-Einstein statistics (1924), and the Raman Effect (1928), the latter discovery having led to the first ever Nobel Prize awarded to a scientist from Asia. This book analyzes the responses by Indian scientists to the radical concept of the light quantum, and their further development of this approach outside the purview of European authorities. The outlook of bhadralok physicists is characterized here as 'cosmopolitan nationalism,' which allows us to analyze how the group pursued modern science in conjunction with, and as an instrument of Indian national liberation.