- Narrative Art for a New Democracy 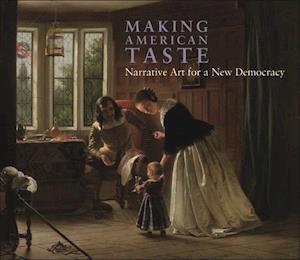 Making American Taste: Narrative Art for a New Democracy is a landmark publication focusing on American narrative art from 1825 to 1870. A significant contribution to our understanding of taste and collecting during this period, it reasseses themes including the rural and the domestic, as well as a broad range of historical, literary and religious subject matter. American art at this time was dominated by powerful arguments about what constituted true art: should it be for the many, or the educated few, and should specifically American art forms and styles be favoured over more traditional, academic, European traditions. Making American Taste looks at these issues through the work of both well-known artists, like Benjamin West, Asher B. Durand and Eastman Johnson, and less familiar names such as Daniel Huntington, Henry Peters Gray and Louis Lang.