- The Story of Oxford Instruments 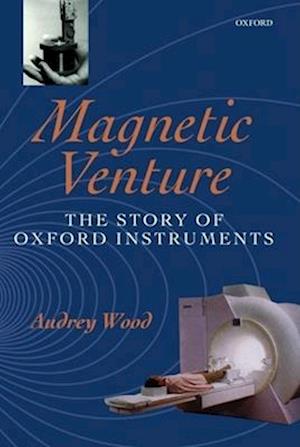 Magnetic Venture is the inside story of Oxford Instruments, the first substantial spin-off company from Oxford University, established in 1959. Written by one of its founders, it describes the ups and downs, the mistakes and successes of a growing science-based company. Over four decades Oxford Instruments grew from its small beginnings in a garden shed to an international company pioneering developments in superconductivity and medical instruments. It hasbeen rightly celebrated as one of Britain's business successes, and became the role model for many later spin-offs. Although the environment for new technology companies has changed much since the early 1960s, many of the problems and challenges for growing science-based firms remain the same. Audrey Wood both tells an exciting story of endeavour and risk-taking, and touches on many issues of importance for today's entrepreneurs. Among these are: the nature of innovation, technology transfer, R&D strategies, marketing, sources of investment, entrepreneurship, university-industry relations, changes incultural attitudes, management styles, growth cycles, and problems of acquisitions and mergers. Magnetic Venture explains how scientific novelties were developed into important products. The first was superconductivity, from which the company developed magnets for research, magnets for unravelling the structures of molecules in the design of new drugs, and, best known to the public, magnets for body-scanning. The final chapter looks in detail at the Oxford Trust and tells how this organization has been instrumental in promoting a better environment for the formation andincubation of new science-based companies. The story will appeal to many business academics and researchers, advisers and policy makers, the new breed of scientist/entrepreneur, and those interested in important scientific developments such as superconductivity, ultra-low temperatures, and magnetic imaging.

Forfattere
Bibliotekernes beskrivelse Oxford Instruments is one of the UK's success stories - a science-based company which from the earliest beginnings in a garden shed has become a successful quoted company and a world leader in applied superconductivity. This book is a first-hand account of its evolution which provides real evidence of the challenges of entrepreneurship. 16pp colour plates, numerous halftones