- Battles on the French Frontier 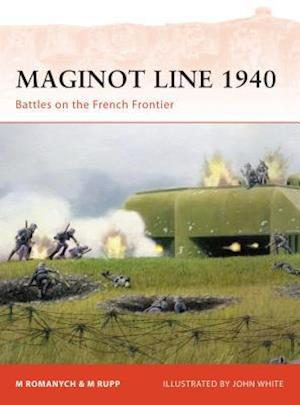 Constructed throughout the 1930s, the Maginot Line was supposed to form the ultimate defence against a German invasion of France. However, different sections of the line were built at different times and the strength of various sections varied widely. During their Blitzkrieg invasion, the Germans were able to identify these weak points and focus their attacks against them. This book uses new maps and period photographs to tell the story of the five German operations launched against the Maginot Line. While the Germans were able to smash through the lightly defended section of the line along the Meuse River, at other points the line held. Although ultimately the Maginot Line was to prove a failure, the stiff resistance put up by some of the fortresses confirms the fighting ability of the French army during the invasion.