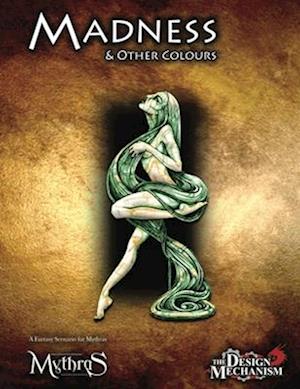 A long time ago, in an evil empire far, far away, the Emperor Sool demanded that those who offend him should be punished in a most vicious way. So were created the Sool Statuettes, and their maker was none other than Loric Nygh, a suave and cunning magician who had developed ghastly engines of sorcery for just such a purpose.Baldomeer the Vain, a famed collector of antiquities, has supposedly come into possession of a Sool Statuette. His great rival, Serjedny the Immaculate, does not believe that the Sool Statuettes exist any longer, and that what Baldomeer has is a fake. He intends to expose him as a fraudster, but to do so he needs the help of some capable people. People like the adventurers...Madness & Other Colours takes the characters into the dangerous world of an insane sorcerer and those who still worship him. They will face all manner of horror as they attempt to get to the bottom of the mystery of the Sool Statuettes and their mysterious creator.A Mythras scenario for 4-6 competent and strong-willed characters.