Madman and the Assassin

- The Strange Life of Boston Corbett, the Man Who Killed John Wilkes Booth 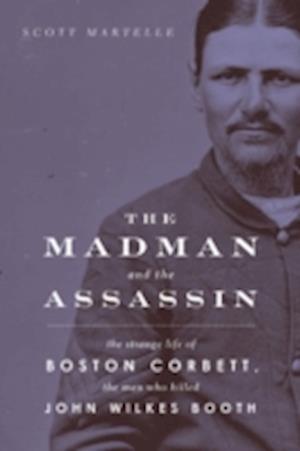 As thoroughly examined as the Civil War and the assassination of Abraham Lincoln by John Wilkes Booth have been, virtually no attention has been paid to the life of the Union cavalryman who killed Booth, an odd character named Boston Corbett. The killing of Booth made Corbett an instant celebrity whose peculiarities made him the object of fascination and derision. Corbett was an English immigrant, a hatter by trade, who was likely poisoned by the mercury then used in the manufacturing process. A devout Christian, he castrated himself so that his sexual urges would not distract him from serving God. He was one of the first volunteers to join the US Army in the first days of the Civil War, a path that would in time land him in the notorious Andersonville prison camp, and eventually in the squadron that cornered Booth in a Virginia barn. The Madman and the Assassin is the first full-length biography of Boston Corbett, a man who was something of a prototypical modern American, thrust into the spotlight during a national news eventan unwelcome transformation from anonymity to celebrity.