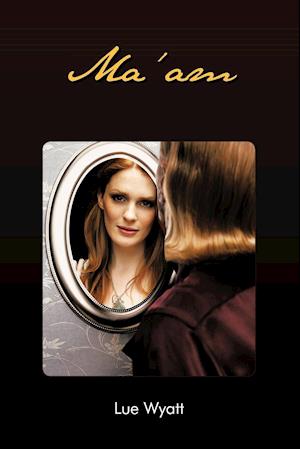 Ma'am is a story of an older woman who has lived a life of hard labor. She was a woman that not only worked hard, she also loved as well. Raised in poverty, married young with children did the only thing she knew, worked. Later in life, due to curcumstances that has happened to so many women, adopted five grandchildren. Later she discovered to her dismay, that while caring for children, all her life (siblings, her own children, later her own grandchildren). She had forgotten about her own personal life, needs and desires. While trying to ignore it, becomes clinically depressed. Youth had slipped away, time had forgotten her. Once a beautiful red head, and now merely a shell of her former self. Looking into the bathroom mirror one morning, she discovers the answer. All through her busy life, she held all the emotions in that a woman experiences. She had never talked to anyone before, but now in the privacy of her home, she could pour out all the pain and frustrations, that she had felt for so many years. Talking to the reflection in the mirror, and eventually finds peace of mind. I've tried to describe how a woman would react under this stressful circumstances in which she finds herself. In trying to deal with her own personal life and still be responsible for the care of five grandchildren. I have written of a woman who is strong, life made her that way. She also has feet of clay. I've tried to portray her as being very human, because we all are. In Ma'am's story, she deals with the problems of aging, but at the same time, she sees humor in everyday happenings, and has the ability to laugh at herself as well with other people. The adventures of a woman, and Ma'am, are at times hilarious, but also truthful, but again, it is all part of life's story. In my story of Ma'am, the woman has no name because she speaks for umpteen thousands of women all over the world. She also believes in her God, but the older she gets, the more issues she has. Ma'am is truthful about her triumphs and her failings as in all our lives, there are many.