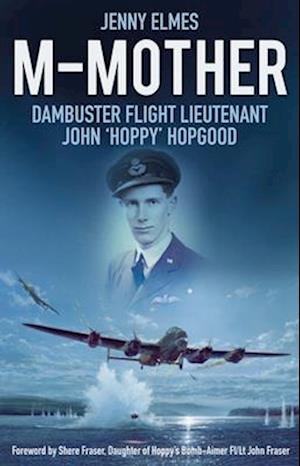 John Hopgood was one of the pilots of the 19 Lancaster bombers that took part in the Dambusters raid of May 1943. Wounded by flak and with his aircraft falling apart, "Hoppy" managed to gain height for two of his crew to parachute to safety. The plane crashed moments later, killing John and another two crew members still on board. Incredibly, at just 21 years of age, "Hoppy" was a veteran of 48 missions and 2nd in command of the raid he actually taught Guy Gibson the finer points of flying a Lancaster John s niece Jenny Elmes has put together the story from his diary and voluminous correspondence with her mother and his sister, Betty, and with his other sister Marna, who was in ATC."

Forfattere
Bibliotekernes beskrivelse John `Hoppy' Hopgood, pilot and 2nd in command in the May 1943 Dambusters raid, died a hero at just 21 years old. A veteran of forty-eight bombing sorties and an expert pilot in three Bomber Command Squadrons, this is the man who taught Guy Gibson how to fly a Lancaster. 100 Illustrations, black and white