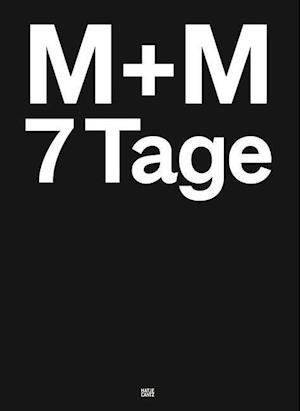 Everyday madness: we accompany the protagonists of 7 Days, a series of films by M+M, for an entire week. The artist duo's two-channel installations, named for the days of the week, lead directly into the abysses of a volatile psyche. The Austrian actor Christoph Luser embodies the ambivalent main character-who comes across as partly melancholy, partly threatening-who is subjected to highly conflicting situations. Each day, he borrows from a key scene from cinematic history, for instance from The Shining or Saturday Night Fever.M+M -Marc Weis and Martin De Mattia-are known for accessible, self-staged, and highly intense film installations that expand the narrative potential of art as well as cinema and at the same time completely dissolve the narrative's linearity. In doing so, M+M question concepts of identity against the background of a radically altered perception of time. Their new, large-scale cycle 7 Days developed over a period of seven years and will be presented for the first time in its entirety in the exhibition tour of the same name in 2015.Exhibitions: Casino Luxembourg-Forum d'art contemporain 24.1.-3.5.2015 | Taxispalais-Galerie des Landes Tirol 3.10.-29.11.2015