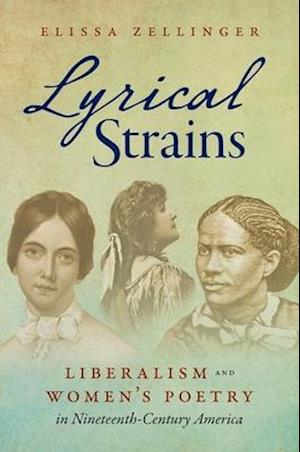 In this book, Elissa Zellinger analyzes both political philosophy and poetic theory in order to chronicle the consolidation of the modern lyric and the liberal subject across the long nineteenth century. In the nineteenth-century United States, both liberalism and lyric sought self-definition by practicing techniques of exclusion. Liberalism was a political philosophy whose supposed universals were limited to white men and created by omitting women, the enslaved, and Native peoples. The conventions of poetic reception only redoubled the sense that liberal selfhood defined its boundaries by refusing raced and gendered others. Yet Zellinger argues that it is precisely the poetics of the excluded that offer insights into the dynamic processes that came to form the modern liberal and lyric subjects. She examines poets--Frances Sargent Osgood, Elizabeth Oakes Smith, Frances Ellen Watkins Harper, Edna St. Vincent Millay, and E. Pauline Johnson--whose work uses lyric practices to contest the very assumptions about selfhood responsible for denying them the political and social freedoms enjoyed by full liberal subjects. In its consideration of politics and poetics, this project offers a new approach to genre and gender that will help shape the field of nineteenth-century American literary studies.