- The New Climate Science That Changes Everything 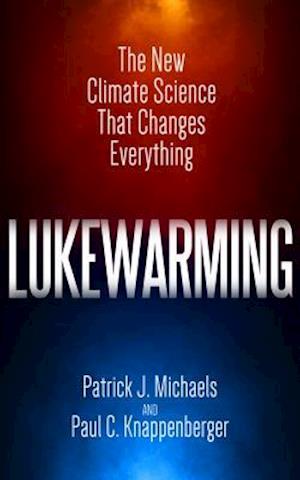 When it comes to global warming, most people think there are two camps: alarmist" or denier" being their respective pejoratives. Either you acknowledge the existence of manmade climate change and consider it a dire global threat, or you deny it exists at all. But there's a third group: the lukewarmers." In Lukewarming: The New Climate Science that Changes Everything, Cato scholars Pat Michaels and Chip Knappenberger explain the real science and spin behind the headlines and come to a provocative conclusion: global warming is not hotit's lukewarm. While that may not sound massive, it does, as the book's subtitle notes, change everything. Climate change is real, it is partially man-made, but it is clearer than ever that its impact has been exaggeratedwith many of the headline-grabbing predictions now being rendered implausible or impossible. This new paperback edition of the book is a revised and expanded edition of last year's ebook-only edition of Lukewarming. This new edition includes updates in science and policy following the accords reached at the 2015 United Nations Climate Change Conference in Paris.It is an equally perfect book for those looking for an introduction to the climate debate, or veterans seeking the freshest science.

Forfattere
Bibliotekernes beskrivelse In Lukewarming: The New Climate Science that Changes Everything, Michaels and Knappenberger, two scientists with more than half a century experience between them, explore the realities and myths of global warming--which is more likely to be lukewarm rather than hot.