Lucian and His Roman Voices

- Cultural Exchanges and Conflicts in the Late Roman Empire 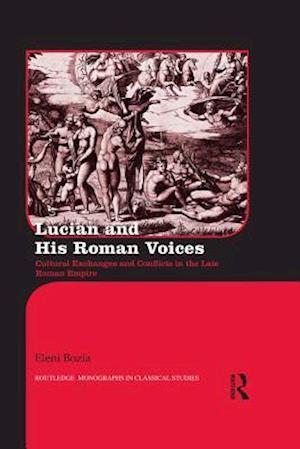 Lucian and His Roman Voices examines cultural exchanges, political propaganda, and religious conflicts in the Early Roman Empire through the eyes of Lucian, his contemporary Roman authors, and Christian Apologists. Offering a multi-faceted analysis of the Lucianic corpus, this book explores how Lucian, a Syrian who wrote in Greek and who became a Roman citizen, was affected by the socio-political climate of his time, reacted to it, and how he 'corresponded' with the Roman intelligentsia. In the process, this unique volume raises questions such as: What did the title 'Roman citizen' mean to native Romans and to others? How were language and literature politicized, and how did they become a means of social propaganda? This study reveals Lucian's recondite historical and authorial personas and the ways in which his literary activity portrayed second-century reality from the perspectives of the Romans, Greeks, pagans, Christians, and citizens of the Roman Empire