LOVE-MAN : A Tale of a Gay Superhero 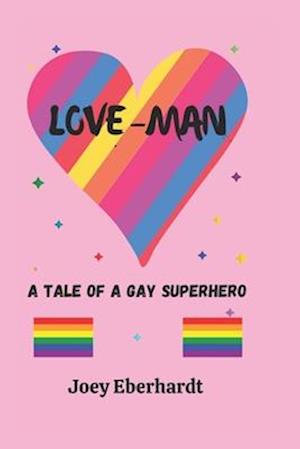 Love-Man is the resident superhero of the African nation of Kabasko. He is called Love-Man because he derives his powers from the love he receives from his fellow citizens of Kabasko. So long as he is loved by the people, he will remain strong and be able to come to their aid. Conversely, if the people of Kabasko stop loving Love-Man, he will lose all his powers and thus, be unable to defend them. For a long time, Love-Man kept a big secret to his chest; he was gay and didn't want anyone outside of Kabasko's gay community to find out. This is because the rulers of Kabasko had made the people believe that being gay was taboo. Thus, Love-Man was worried that the citizens of Kabasko would stop loving him if they found out. However, things came to a head when his lover and best friend, Chizo, was arrested by the police for being gay. To save the life of his lover, Love-Man flew to a TV station in Kabasko and announced to the whole country that he was gay.

Buy the book and find out what happened afterward, in this action-packed piece, laced with adventure and gay romance.