Love in the Revolution 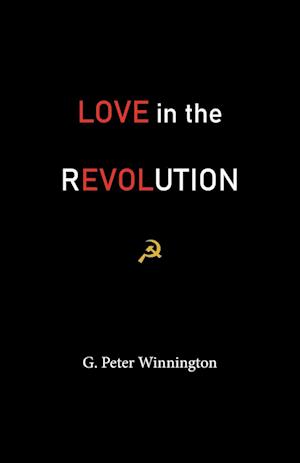 Love in the Revolution tells a series of (historically) true love stories between Russians and Anglo-Saxons. They are all different, all quite remarkable, and all set against the violent background of the Russian revolution of 1917. In more than one case, the love affair enabled a Russian woman to escape from the Bolsheviks, saving her from persecution, a slow death in a labour camp, or simply execution.

Three of them by way of example: Max Eastman spent two years in Soviet Russia. At the last moment, just before his train departed, he married a Russian girl, enabling her to leave the country with him. They remained together for the rest of their lives. Her brother happened to be Russia’s Deputy Commissar of Justice and assistant Procurator General, the notorious Nikolai Krylenko, who ordered the execution of countless innocent people.

In 1917, between the February and October revolutions, Arthur Ransome – later a famous author of children’s books, but at the time just a newspaper correspondent in Saint Petersburg – managed to obtain false passports for twin girls and their granny so that they could flee to their native Poland. One of the girls went on to marry an Oscar-winning composer, while the other – well, you’ll have to read the book. Ransome himself then fell in love with Trotsky’s secretary. The Foreign Office agreed to put her on his passport, so she could escape, knowing full well that he was already married. Once divorced, he married her, and she lived with him in England, supporting his writing.

In the autumn of 1913, the British Ambassador in Saint Petersburg invited the famous prima ballerina of the Ballets Russes to a dinner party. There she met the Embassy’s Head of Chancery. They fell in love and, although she was already married, had a child together. Five years later, having finally obtained a divorce, she married her diplomat-lover. Then they and their little boy made a nail-biting escape from Soviet Russia, by horse and cart, arriving at the coast with five minutes to spare before the last British Navy ship departed. Once in England, she co-founded what became the Royal Academy of Dancing, and coached Britain’s most famous ballerinas.

Many of these stories have been told before, in different places. Bringing them together like this reveals previously unnoticed connections between them. There is also much in this book that is quite new.