Love, Activism, and the Respectable Life of Alice Dunbar-Nelson 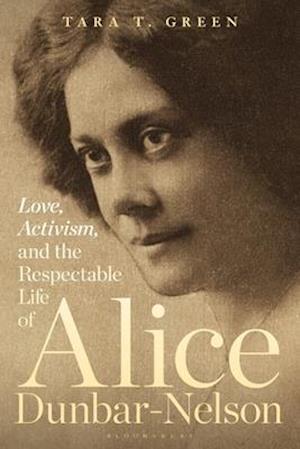 "A fascinating biography of a fascinating woman." - Booklist, starred review"This definitive look at a remarkable figure delivers the goods." - Publishers Weekly, starred review"A brilliant analysis." - Jericho Brown, Pulitzer Prize winnerFeatured in Ms. Magazine's "Reads for the rest of us" list of books by or about historically excluded groups Born in New Orleans in 1875 to a mother who was formerly enslaved and a father of questionable identity, Alice Dunbar-Nelson was a pioneering activist, writer, suffragist, and educator. Until now, Dunbar-Nelson has largely been viewed only in relation to her abusive ex-husband, the poet Paul Laurence Dunbar. This is the first book-length look at this major figure in Black women's history, covering her life from the post-reconstruction era through the Harlem Renaissance.Tara T. Green builds on Black feminist, sexuality, historical and cultural studies to create a literary biography that examines Dunbar-Nelson's life and legacy as a respectable activist - a woman who navigated complex challenges associated with resisting racism and sexism, and who defined her sexual identity and sexual agency within the confines of respectability politics. It's a book about the past, but it's also a book about the present that nods to the future.