indgår i serie THE COMPLETE ORGAN 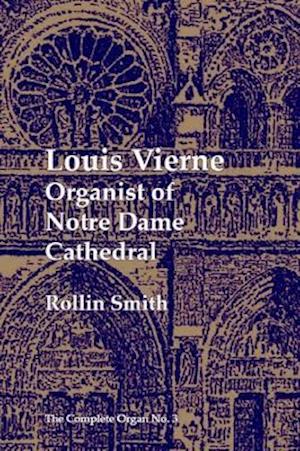 Louis Vierne (1870-1937), a student of Cesar Franck and Charles-Marie Widor, was organist of the Notre-Dame Cathedral in Paris for 37 years, until his death at the console during a recital. Widor's successor as the organ's great French symphonist - an assessment the passage of time has proved correct - Vierne's music has remained in the repertoire of organists throughout the world, never undergoing the periodic eclipses experienced by his contemporaries. Vierne's autobiography, Mes Souvenirs, originally published serially in the 1930s, is here available in a profusely illustrated, extensively annotated English translation. Rollin Smith's Louis Vierne: Organist of Notre Dame Cathedral is the first major study of the great organist of Notre-Dame and includes chapters on his American tour, recordings, contemporary reminiscences, definitive textual corrections, the organ symphonies, his death and succession, and a thematic catalogue of his organ works.