- The Language of Thought Revisited 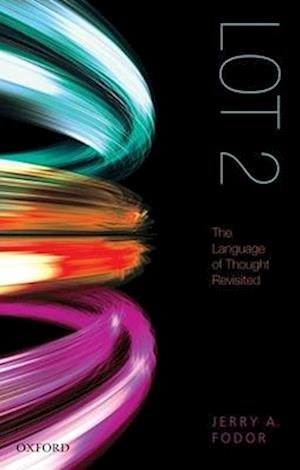 Jerry Fodor presents a new development of his famous Language of Thought hypothesis, which has since the 1970s been at the centre of interdisciplinary debate about how the mind works. Fodor defends and extends the groundbreaking idea that thinking is couched in a symbolic system realized in the brain. This idea is central to the representational theory of mind which Fodor has established as a key reference point in modern philosophy, psychology, and cognitivescience. The foundation stone of our present cognitive science is Turing's suggestion that cognitive processes are not associations but computations; and computation requires a language of thought.So the latest on the Language of Thought hypothesis, from its progenitor, promises to be a landmark in the study of the mind. LOT 2 offers a more cogent presentation and a fuller explication of Fodor's distinctive account of the mind, with various intriguing new features. The central role of compositionality in the representational theory of mind is revealed: most of what we know about concepts follows from the compositionality of thoughts. Fodor shows the necessity of a referentialistaccount of the content of intentional states, and of an atomistic account of the individuation of concepts. Not least among the new developments is Fodor's identification and persecution of pragmatism as the leading source of error in the study of the mind today.LOT 2 sees Fodor advance undaunted towards the ultimate goal of a theory of the cognitive mind, and in particular a theory of the intentionality of cognition. No one who works on the mind can ignore Fodor's views, expressed in the coruscating and provocative style which has delighted and disconcerted countless readers over the years.

Forfattere
Bibliotekernes beskrivelse Jerry Fodor presents a new development of his famous Language of Thought hypothesis, the idea that thinking is couched in a symbolic system realized in the brain; since the 1970s this has been at the centre of debate about how the mind works. No one who studies the mind can ignore Fodor's views, expressed in his coruscating and provocative style.