- The Unplayed Notes (2012-2017). Introduction to The Underground Sculpture Park 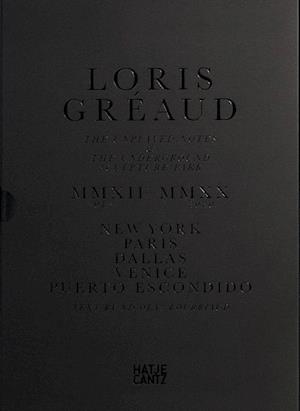 The works by the conceptual artist Loris Greaud include installations, films, and architecture, as does his long-term project taking place around the world, The Unplayed Notes. Viewers encounter an experimental field of diverse media, all of which attempt to give form to temperature, light waves, or time. Greaud is interested in the stages of artistic production. The process of searching per se becomes visible in his installations. This book reveals the development of his art, in accordance with the ideas of Karlheinz Stockhausen, which gave the book its name: the actual meaning of a work lies in its unplayed, unheard notes. It includes as well an introduction to his upcoming project The Underground Sculpture Park that will be inaugurated in the Oaxaca desert and two complementary essays by the artist's long-time collaborator, outstanding theorist, and curator Nicolas Bourriaud.Bilingual: English and French.