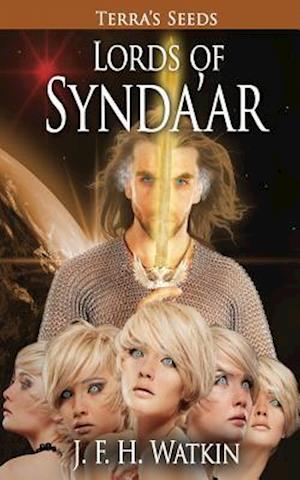 As the Crimson Goddess looms ever larger in the twilight sky, the Lords of Synda'ar prepare for war: Millions flee as the armies of the Ara'aki swarm the eastern empire; the crimson-haired seductress with emerald eyes and the beautiful ebony empress plot against each other; the young merchant and the enchanting girl scramble to stay ahead of the cruel Sa'aran legions; torn between love and war, the commander and his war slave test each other's resolve. Across the world, beautiful silver bloods with glowing blue eyes face uncertain fates while the ancient evil continues to grow ever stronger... Lords of Synda'ar is the second book in the Fantasy Fiction series Terra's Seeds, an epic story of magic, love, lust and intrigue amidst the horrors of a medieval war. Rated 14+ for explicit sexuality and violence, this compelling, thought-provoking narrative continues to raise many philosophical questions.