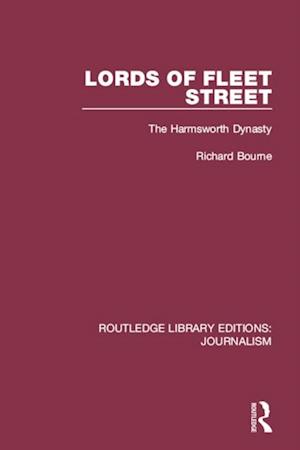 Originally published in 1990. The Harmsworth family, starting with Lord Northcliffe (1865-1922) is the greatest and most influential press dynasty Britain has known. The dynasty has had by far the greatest impact on the shape of the press today of all the great press families. The Harmsworths were big, bold characters, enormously rich and with a gift for flamboyant use of their wealth. Much more important though is the way they used their influence on public opinion to steer the country's political and social life. 'Public opinion' was a force that the Harmsworths harnessed before anyone else, and they quickly understood how to use it as a political tool. This book is constructed as four biographies which together make up the central story of the popular press in Britain. Their story continues to have relevance.