Look for Me There

- Grieving My Father, Finding Myself 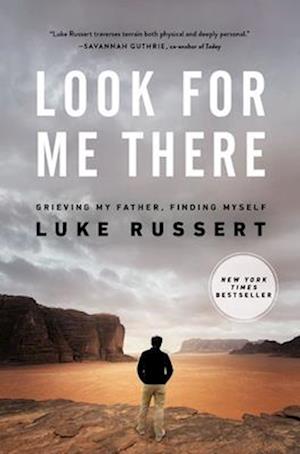 Embark on an exploration of finding oneself and one's place in the world in the face of crushing expectations and grief.

In 2016, eight years into a highly successful television career as a political reporter, Luke Russert realized he had no good answer to the question of why he was following in the footsteps of his famous father. As the son of the late broadcast news legend Tim Russert and journalist Maureen Orth, he knew much was expected of him. No matter how hard he tried, he couldn't fully connect with the memory of his dad and the incredible relationship they'd had before his death.

Determined to find answers, Luke chose a new path. What began as a short stint away from work turned into nearly three years on the road, traveling the world, reconnecting to his father, and discovering himself for the first time.

Look for Me There is the narrative of that journey with stories from stops in far-flung places around the globe, both exotic and quotidian. At its center, you'll find:

the story of a young man taking agency of his lifethe story of a man understanding his mother as human being, andthe story of a son finally grieving his larger-than-life father who died too young and left him with outsized expectations.For anyone uncertain about the direction of their life or unsure of how to move forward after a loss, Look for Me There is a poignant reflection that offers encouragement to examine our choices, take risks, and discover our truest selves.