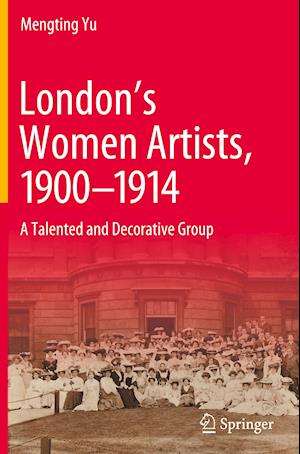 Drawing on untapped archives, as well as aggregating a wide range of existing published sources, this book recalibrates the understanding of women artists' roles, outputs and receptions in London during what was indubitably a vibrant and innovative period in the history of British art, and in which the work of their male contemporaries is so well understood. The book takes its starting point from Alicia Foster's article "Gwen John's Self-Portrait: Art, Identity and Women Students at the Slade School," published in 2000, where the expression "a talented and decorative group" was coined to describe common attitudes towards women artists in the late 19th and early 20th century London. This pejorative attribution strongly implied a status less significant to that of their male counterparts. The author challenges this statement's basic tenet by casting a wide net in examining women's art education from the Slade School of Fine Art, through to the role of its graduates within a selection of London's exhibition groups, societies and publications. This book also reconstructs 'from scratch' the role of the Women's International Art Club (WIAC), hitherto entirely overlooked in art historical studies of the era. This book will be of interest to students and researchers in art and cultural history, gender studies,and in sociological studies of pre-War World War Britain.