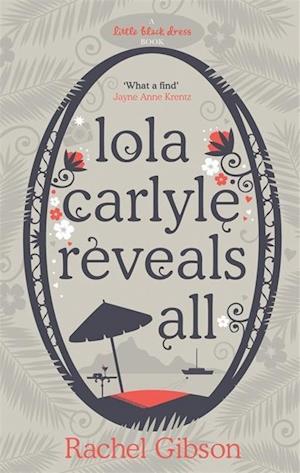 Gorgeous ex-underwear model Lola Carlyle is a survivor, but when humiliating photos of her appear on the Net, she decides enough is enough and flees to the Bahamas for some peace and quiet. Or so she thinks... Max Zamora may be a government agent with his cover blown, but when he commandeers Lola's yacht she sure as hell isn't going to give in without a fight. After her attempts to escape cast the pair adrift and into a series of near-death situations, Lola realises she's never been so scared in all her life. Her only hope of getting out alive rests with sexy, dangerous Max. But trapped on-board with Lola, his mind's soon on other things... With everything hotting up in more ways than one, is Lola Carlyle about to reveal all?

Forfattere
Bibliotekernes beskrivelse Sun, sea and a sexy government agent on the run... it can only mean one thing - Rachel Gibson is back!