- The Structures of Violence and the Contemporary World 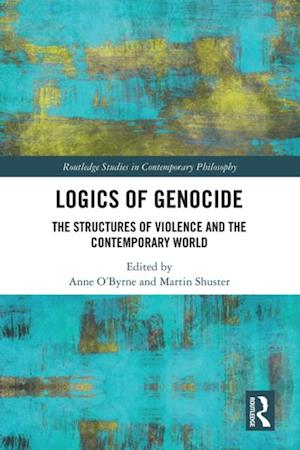 This book is concerned with the connection between the formal structure of agency and the formal structure of genocide. The contributors employ philosophical approaches to explore the idea of genocidal violence as a structural element in the world.Do mechanisms or structures in nation-states produce types of national citizens that are more susceptible to genocidal projects? There are powerful arguments within philosophy that in order to be the subjects of our own lives, we musta constitute ourselves specifically as national subjects and organize ourselves into nation states. Additionally, there are other genocidal structures of human society that spill beyond historically limited episodes. The chapters in this volume address the significance-moral, ethical, political-of the fact that our very form of agency suggests or requires these structures. The contributors touch on topics including birthright citizenship, contemporary mass incarceration, anti-black racism, and late capitalism.Logics of Genocide will be of interest to scholars and advanced students working in philosophy, critical theory, genocide studies, Holocaust and Jewish studies, history, and anthropology.