- Themes from the Philosophy of Crispin Wright 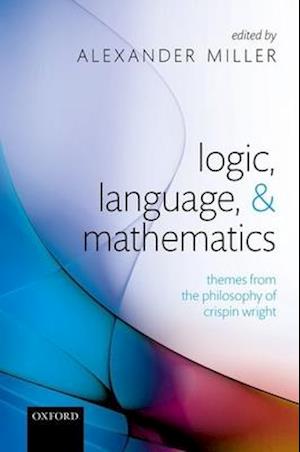 Crispin Wright is widely recognised as one of the most important and influential analytic philosophers of the twentieth and twenty-first centuries. This volume is a collective exploration of the major themes of his work in philosophy of language, philosophical logic, and philosophy of mathematics. It comprises specially written chapters by a group of internationally renowned thinkers, as well as four substantial responses from Wright. In these thematically organizedreplies, Wright summarizes his life's work and responds to the contributory essays collected in this book. In bringing together such scholarship, the present volume testifies to both the enormous interest in Wright's thought and the continued relevance of Wright's seminal contributions in analyticphilosophy for present-day debates;

Forfattere
Bibliotekernes beskrivelse Crispin Wright is widely recognised as one of the most influential analytic philosophers of his generation. This volume collects essays which explore the major themes of his work in philosophy of language, philosophy of mathematics, metaphysics, and epistemology, along with four substantial responses from Wright.