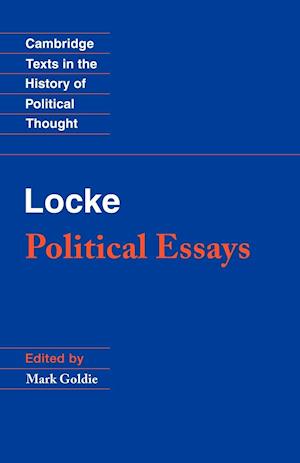 We know more about the development of John Locke's ideas than we do about almost any other philosopher's before modern times. This book brings together a comprehensive collection of the writings on politics and society that stand outside the canonical works which Locke published during his lifetime. In the aftermath of the Revolution of 1688 the three works by which he is chiefly known appeared: the Two Treatises of Government, An Essay Concerning Human Understanding, and A Letter Concerning Toleration, and the themes raised in these works had been reflected upon over many years. Mark Goldie's edition makes possible the fullest exploration of the evolution of Locke's ideas concerning the philosophical foundations of morality and sociability, the boundary of church and state, the shaping of constitutions, and the conduct of government and public policy.