- Material Practices and Conditions of Playing 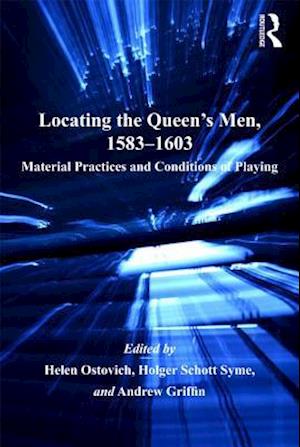 Locating the Queen's Men presents new and groundbreaking essays on early modern England's most prominent acting company, from their establishment in 1583 into the 1590s. Offering a far more detailed critical engagement with the plays than is available elsewhere, this volume situates the company in the theatrical and economic context of their time. The essays gathered here focus on four different aspects: playing spaces, repertory, play-types, and performance style, beginning with essays devoted to touring conditions, performances in university towns, London inns and theatres, and the patronage system under Queen Elizabeth. Repertory studies, unique to this volume, consider the elements of the company's distinctive style, and how this style may have influenced, for example, Shakespeare's Henry V. Contributors explore two distinct genres, the morality and the history play, especially focussing on the use of stock characters and on male/female relationships. Revising standard accounts of late Elizabeth theatre history, this collection shows that the Queen's Men, often understood as the last rear-guard of the old theatre, were a vital force that enjoyed continued success in the provinces and in London, representative of the abiding appeal of an older, more ostentatiously theatrical form of drama.