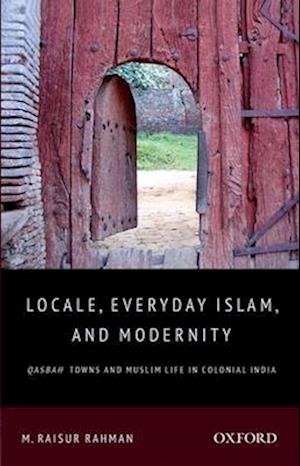 Scholarship has mostly privileged larger cities as the leading centres in India at the expense of belittling the role and significance of smaller entities. Villages are typically seen on the receiving end of the spectrum and qasbahs (small towns) are often clubbed with them. This book presents qasbahs as centers of intense intellectual and cultural activity in colonial India and as networks of social life, education, print culture, literary production, andintellectual dialogue. Drawing upon a wealth of untapped Urdu, English, Hindi, and Persian sources, it focuses on qasbahs as the new nuclei of Muslim social and cultural life upon the decline of the regional Indian states and their urban centers in the late nineteenth century, just as the successor-states hadtaken over from the Mughal Empire earlier. It also demonstrates that the emergence of modernity among the Muslims was a process during their colonial encounter in which qasbah residents were active agents and the Islam that emerged was that of everyday living. This volume looks into why locales remain major identity-markers, in addition to affiliations such as nation and religion, and what makes qasbahs still invoke memory and nostalgia among related Muslim individuals and families across theglobe.