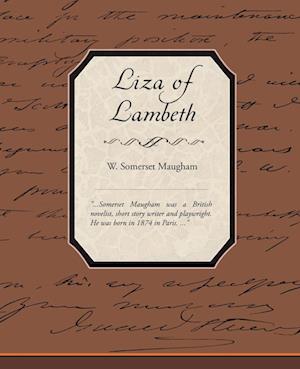 Somerset Maugham was a British novelist, short story writer and playwright. He was born in 1874 in Paris. During the 1930's his popularity soared and he became the highest paid author of his era. Maugham's father was a British lawyer working for the embassy in Paris. In France anyone born on French soil must serve in the army. To avoid this Maugham was born at the embassy, which was technically on British soil. After five years in medical school Maugham began a successful writing career. While Maugham worked in midwifery training in a London slum during medical school he learned about the working classes which later became a part of Liza of Lambeth. The story is about adultery and it's consequences. Maugham was one of the social realist writers who felt it necessary to write about working class people as accurately as possible. Toward the beginning of this work he wrote, "...it is impossible always to give the exact unexpurgated words of Liza and the other personages of the story; the reader is therefore entreated with his thoughts to piece out the necessary imperfections of the dialogue." Liza of Lambeth was extremely popular with the first printing selling out in a few weeks.