- In Sweet Delusions and Datelines from Shrieking Hell 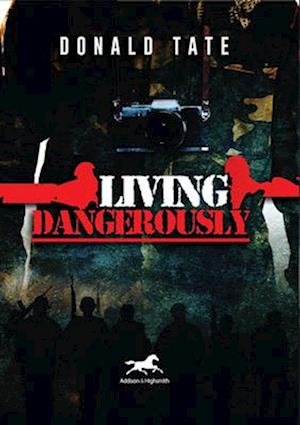 Living Dangerously: In Sweet Delusions And Datelines From Shrieking Hell is a history-driven story casting a wide net over the Vietnam War, called the most important event of the second half of the twentieth century. It is a story with flashbacks and live action, from the battlefield to the bedroom, politics and the military, to a his-her war of sweet, bitter, and brave love. Jim Jordan is a war correspondent reporting on the wildest, weirdest, and most impossible conflict ever. Susanna Robinson is a young beauty, more complex than the curvy little beach bombshell she seems. Susanna endures both the shooting war and the grab-and-growlers (chief among them a brilliant English wordsmith and scumbag). This is 1968, a year like no other - riots, protests, assassinations, radical cultural changes, and an array of memorable characters caught in Vietnam's shattering Tet Offensive. Shades of soldiers, women, and news-types, including cognac-nipping, Sean Donlan, a fainting French photographer, who'd rather be shooting his bony beauties along the Seine, a passionately anti-war female correspondent, and the old English, America-despising scoundrel by-lined E. Drudgington Blow. Winston Churchill he is not. Tales emerge of courage and puking-in-the-dust cowardice, of gritty-funny realism. Full of fury and fright, tortured rights and wrongs, Living Dangerously captures the essence of great war novels such as The Red Badge of Courage and Catch 22.