Living as a Bird 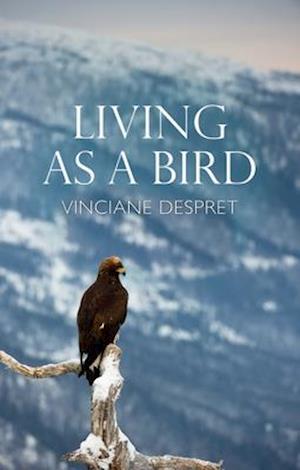 In the first days of spring, birds undergo a spectacular metamorphosis. After a long winter of migration and peaceful co-existence, they suddenly begin to sing with all their might, varying each series of notes as if it were an audiophonic novel. They can't bear the presence of other birds and begin to threaten and attack them if they cross a border, which might be invisible to human eyes but seems perfectly tangible to birds.Naturalists and ornithologists have put forward competing theories to try to explain this remarkable transformation. Is this display of bird aggression just a pretence, a game that all birds play? Or do birds suddenly become territorial - and if so, why? When ornithologists realized that the borders of bird territories were contiguous, they were stunned: it seemed that territory building is a way that birds continue to live together by organizing themselves differently. By observing the use of territory among a wide range of species, scientists began to think that birds were creating their own neighborhoods, within which they sing together and even, on occasion, form alliances to attract females.By attending carefully to the ways that birds construct their worlds and ornithologists have tried to understand them, Despret sheds fresh light on the activities of both, and at the same time enables us to become more aware of the multiple worlds and modes of existence that characterize the planet we share in common with birds and other species.