Lives of the Eminent Philosophers 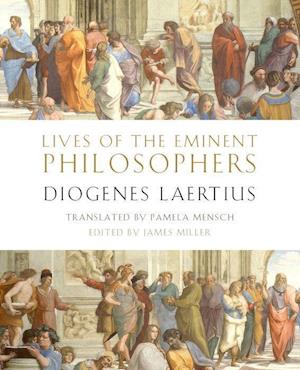 Lives and the Eminent Philosophers of Diogenes Laertius is a crucial source for much of what we know about the origins of philosophy in Greece. The work covers a larger number of figures and a longer period of time than any other extant ancient source, from the Presocratic Thales to Epicurus. Despite its importance, a complete translation of the work has not appeared in English since 1925. Working from the new, authoritative Greek text established by TizianoDorandi (CUP, 2013), translator Pamela Mensch's goal has been to render Diogenes into an English prose that is fluent yet faithful to the original Greek. The annotations are aimed at the general reader rather than the specialist, and explain the various references to people, places, practices, and countlessmythological characters as they occur. The translation is accompanied by dozens of artworks to illustrate the ongoing influence of many of the philosophical anecdotes compiled by Diogenes, and by newly commissioned essays by James Allen, Anthony Grafton, Ingrid Rowland, and others to shed light on Diogenes' historical and intellectual contexts as well as his rich reception history.