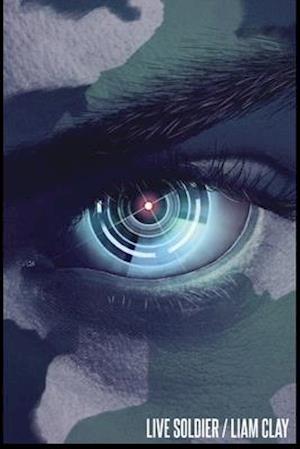 THE APOCALYPSE WILL BE TELEVISED

A month from now, I will be a marine with a government camera in my eye. But today I sell drugs to plastic celebrities in the clouds. Not the most honest of professions, I know. But this world is broken, and although my city presents a glittering face to the ruins, surviving here is dirty work.

Far below the movie sets and the body mod studios, another city exists. A place of flooded streets and tainted air. You wouldn't want to live there - no one does. So can you blame me for torching my morals in return for a glimpse of the sun?

But I'm about to make a mistake. Crash the wrong party, sell a good time to bad people, implicate myself in an attack on high society. And the violence won't end there. The poor will be accused of revolt against the rich, and to atone for our supposed sins, we will be surgically altered and trained for battle.

The task ahead of us sounds insane. Infiltrate the island stronghold of the planet's most advanced genetic engineer. Learn its weaknesses, and lead an army to conquer it. Insane? Scratch that, it sounds like suicide. Except for one thing. That geneticist is known as the Designer, and I was his first creation...

Welcome to my origin story.