Liturgy and the Ecclesiastical History of Late A - Four Studies 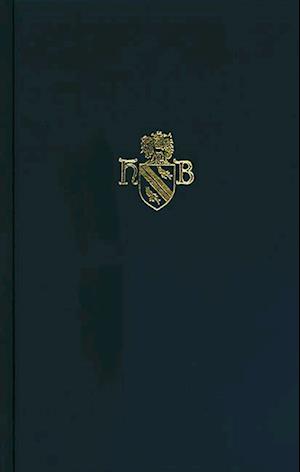 `His work demonstrates the importance of these neglected sources for our understanding of the late Old English church.' HISTORYAn important book of immense erudition. It brings into the open some major issues of Late Anglo-Saxon history, and gives a thorough overview of the detailed source material. When such outstanding learning is being used, through intuitive perception, to bear on the wider issues such as popular devotion and the reception of the monastic reform in England, and bold conclusions are bing drawn from such minutely detailed studies, there is no doubt that David Dumville's contribution in this area of study becomes invaluable. The sources for the liturgy of late Anglo-Saxon England have a distinctive shape. Very substantial survival has given us the possibility of understanding change and perceiving significant continuity, as well as identifying local preferences and peculiarities. One major category of evidence is provided by a corpus of more than twenty kalendars: some of these (and particularly those which have been associated with Glastonbury Abbey) are subjected to close examination here, the process contributing both negatively and positively to the history of ecclesiastical renewal in the 10th century. Another significant body of manuscripts comprises books for episcopal use, especially pontificals: these are examined here as a group, and their associations with specific prelates and churches considered. All these investigations tend to suggest the centrality of the church of Canterbury in the surviving testimony and presumptively therefore in the history of late Anglo-Saxon christianity. Historians' study of English liturgy in this period has heretofore concentrated on the development of coronation-rites: by pursuing palaeographical and textual enquiries, the author has sought to make other divisions of the subject respond to historical questioning. Dr DAVID N. DUMVILLE is Reader in the Early Mediaeval History and Culture of the British Isles at the University of Cambridge and a Fellow of Girton College.