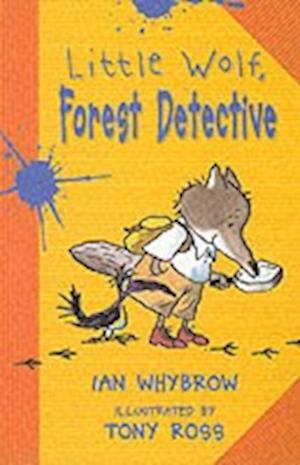 A fifth title [fourth novel] about Little Wolf as he and his friends set up the Yelloweyes Forest Detective Agency. The fourth novel about Little Wolf, his cousin Yeller, baby brother Smellybreff, Stubbs Crow and Normus Bear who set up the Yelloweyes Forest Detective Agency . Following the departure of their main teacher and star attraction of Haunted Hall for Small Horrors, Little and chums close the school to become forest detectives. Their specialities are tracking and trailing with Stubbs Crow being the flying squad; Smellbreff specialising in small clues and Normus Bear specialising in large clues. Written in letter form by Little Wolf, who specialises in appalling spelling, this novel is sure to follow in the footsteps of the previous 3 in delighting young and older readers. Sales of the previous titles exceed 100,000 copies [including huge sales in last year's Books for Schools campaign] and the books have been translated into ten languages and are now published in the USA too.

Forfattere
Bibliotekernes beskrivelse A fifth title [fourth novel] about Little Wolf as he and his friends set up the Yelloweyes Forest Detective Agency. 128 b/w illus