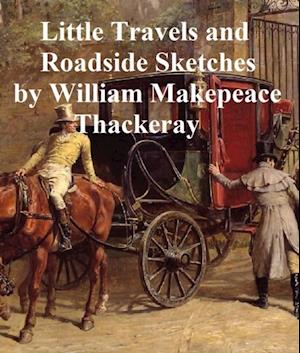 Classic short story, first published under the pen name 'Titmarsh'. Classic short story, first published in 1854.According to Wikipedia: 'Thackeray is most often compared to one other great novelist of Victorian literature, Charles Dickens. During the Victorian era, he was ranked second only to Dickens, but he is now much less read and is known almost exclusively for Vanity Fair. In that novel he was able to satirize whole swaths of humanity while retaining a light touch. It also features his most memorable character, the engagingly roguish Becky Sharp. As a result, unlike Thackeray's other novels, it remains popular with the general reading public; it is a standard fixture in university courses and has been repeatedly adapted for movies and television. In Thackeray's own day, some commentators, such as Anthony Trollope, ranked his History of Henry Esmond as his greatest work, perhaps because it expressed Victorian values of duty and earnestness, as did some of his other later novels. It is perhaps for this reason that they have not survived as well as Vanity Fair, which satirizes those values.'