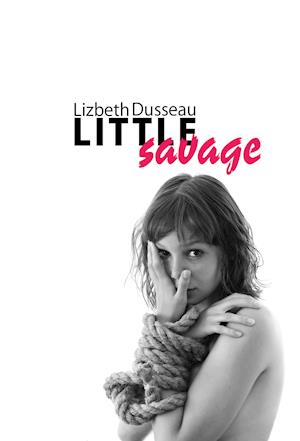 The waifish Lisle has been a sex slave, serving the reclusive Baron Brauer at his estate located in a remote woods outside Washington DC. When shes not collared, caged and used by her master and his friends, she roams the vast estate like a feral child. When Brauer dies after an extended illness, his heirs hire the Barons friend Marcus Rathburn to purge the estate all traces of Brauers perverted lifestyle. Slaves scatter, dungeons are dismantled, and the contents sold at auction, which leaves the elusive Lisle the sole remnant from Brauers kinky life. After several unsuccessful attempts to remove the wild girl from the property, Marcus enlists the help of his friend Daniel Broc, a former mercenary who once ran a slave trading operation in the Middle East. He gave up that life two years before and now lives in Georgetown while working for the Pentagon. Though dominating women still comes naturally to the rugged sadist, he no long wants anything to do with owning slaves. At the Brauer estate, Daniel finds Lisle to be a puzzling creature: vulnerable, impulsive and stubborn. Though she puts up a fight, hes able to extract the girl, which is all that Marcus asked for. However, the Domme who agreed to take her is totally unprepared for the silent, moody slave. Convinced that the situation is headed for disaster, Daniel decides to keep her until Marcus can find a better arrangement. Daniel and Lisle are misfits in polite society, mirror images of the other in their sexual passions. Although Daniel resists becoming this girls master, he knows theres no one more capable of handling the explosive and secretive female. Their tempestuous relationship is fraught with sexual tension, which sends them hurling into the extremes of sex they both love and need. However, Daniels houseguest is far more than she first appears. Hes shocked to learn that Brauer sold her before he died, money was exchanged, and now the buyer is out to find his missing property. With her life in danger, Daniel must act fast to keep her safe.