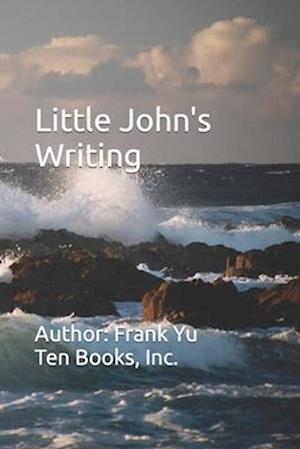 Little John received education in Taiwan, which teaches traditional Chinese Confucianism, learned Chinese history, Dr. Sun Yat-sen's political doctrine . At high school, little John believed Jesus, but his understanding of Jesus is much later, in 1989. Chinese history of 19-20 century told every Chinese, China was humiliated and bullied, and Chinese were killed, by the strong foreign countries; Chinese people killed each other; but China gradually stood up from poverty and behind. To little John's amazement, after the Reform and Opening in 1978, after 40 years, China not only stands up, it becomes a strong country in the world, can not be ignored. Little John is touched by this fact and starts to study the world history. This book is the result of his study, his understanding and questions of our world (mainly China and USA). Little John is a Christian. This book analyzes our world from a Christian's point of view. Little John believes God created the universe and everything in it. The fate of every race, nation, and person are in God's hand, no matter you know God or not. God already told us the ending of our world. He also told us how to live. But most people do not put God's advice in their mind, they do what they want to do. God let people have freedom to choose his/her way of living, but God also told us He will judge us by what we did.