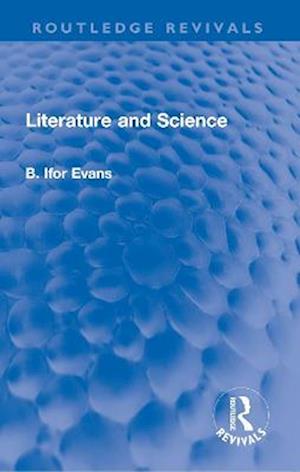 First published in 1954, Literature and Science discusses historically the relationship between science and literature and between scientists and men of letters from the Renaissance onwards. It shows periods when writers were enthusiastic about science as in the early days of the Royal Society and notably through the influence of Newton. Further it explores the later alienation between science and literature in the technological and industrial age. There is a full account of Wordsworth's crucial relationships to these problems which leads to a number of new conclusions. Apart from his historical survey, Dr. Ifor Evans emphasises the contemporary importance of the relationship of the artist and the scientist and outlines an approach to a new humanism, in which the writer may reach some closer understanding of science than he has at present attained. Students interested in literature, history of literature and critical theory will find this book enlightening.