Literary Urban Studies and How to Practice It 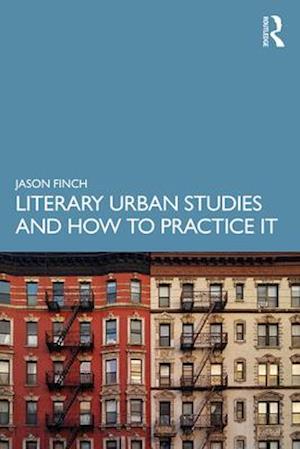 Literary Urban Studies and How to Practice It is the first textbook in literary urban studies (LUS). It illuminates and investigates this exciting field, which has grown since the humanities' 'spatial turn' of the 1990s and 2000s. The book introduces city literature, urban methods of reading, classics in LUS and new directions in the field. It outlines the located qualities of literary narratives, texts and events through three units. First, the concept of the city and the main methods and terms needed as tools for investigating city literatures are introduced. A second section, ordered historically, shows how notions like pre-modern, realist, modernist, postcolonial and planetary actually work in nuanced explorations of actual writers, texts and places. The third unit covers literary urban modes: fictional and non-fictional prose in multiple genres; poetry and the idea of the city; dramatic city representation and the theatre as urban place. Multiple key categories of place are explored: the sacred spaces of religion; entry points such as railway stations and junctions; residential areas such as the 'slum', suburb and mass housing district; hubs of publishing and performance; categories of city such as the port and resort. In each chapter key terms, reflection questions and tasks labelled 'Research It' support reference and learning. Some Research It tasks enable readers to enter new areas of LUS by engaging with neighbouring disciplines like human geography, cultural history, sociology and urban studies. Others equip users by sharpening particular skills of writing or documentation. A thorough glossary of key terms and concepts aids the reader. Literary Urban Studies and How to Practice It is designed for application to literatures and cities in any period and part of the world. Armed with it, humanities researchers at any career stage can develop their interdisciplinary skills and ability to participate in activism and public debates while becoming specialised in LUS. The book is a gateway to practicing LUS and spatial literary research.