Literary Narratives and the Cultural Imagination 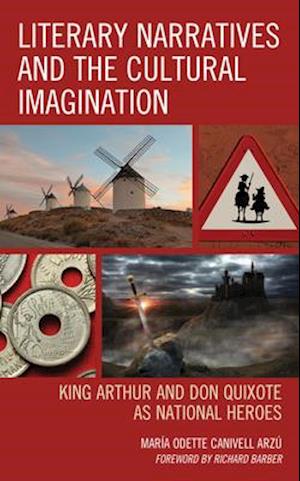 In Literary Narratives and the Cultural Imagination: King Arthur and Don Quixote as National Heroes the author examines traditional Arthurian and Cervantine literary narratives to discuss how the two literary figures became paladins of their respective nations. Whereas the former bestows upon the homeland a positive image of Britain, based on military might, a glorious past and a promise of return, the latter contributes to a negative image of Spain based on a narrative of defeat and faded glory. In the analysis of the political intentions behind the literature that gave wings to the rise as paragons of these very famous literary characters, a semblance of the national imaginaries of the countries of their birth appears. Indeed, the tradition of Waterloo and the tradition of La Mancha are polar opposites in their Weltanschauung, and they only have in common that both heroes, Arthur and Quijote, are depicted as paladins of justice, benefactors, and redeemers of their land of birth. It is this idealized view of what is possibly the figment of a writer's (or many different writers) pen that astonishes the reader, for behind it lies an intention to market (for internal and external consumption) both literary creations, exceeding the boundaries of the creative fiction that invented them to transform them into myths and political symbols of their respective nations.