Listening to Reason in Plato and Aristotle 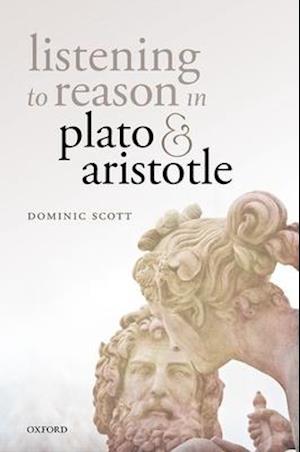 Focusing on Plato's Republic and Aristotle's Nicomachean Ethics, this book compares their views on the persuasiveness of moral argument: how far did they think it could reach beyond a narrow circle of believers and influence people more generally? Answering this question requires a wide-ranging approach, which examines their views on such topics as rationality, moral psychology, rhetoric, education, and gender. The first part ofthe book shows that for Plato certain kinds of argument are beyond the reach of most people, specifically arguments that make appeal to transcendent Forms. But he still thought that there is another level of argument, restricted to human psychology and politics, which could have a much wider appeal, especially ifsupplemented by the appropriate rhetoric. The second half of the book turns to the Nicomachean Ethics to determine Aristotle's views about the reach of moral argument, as well as its purposes. He is certainly very restrictive when it comes to the kinds of argument pursued in the work itself, proposing to talk only to those who are mature in years and well brought up. Like Plato, however, he also allows for the possibility of another type of discourse, which is more rhetoricalin nature and could benefit those who are less mature. Though mainly focused on the Republic and Nicomachean Ethics, this book also examines relevant passages from Plato's Laws and Aristotle's Politics.

Forfattere
Bibliotekernes beskrivelse Plato and Aristotle used moral philosophy to influence the way people actually live. Focusing on the Republic and the Nicomachean Ethics, this book examines how far they thought it could succeed in this.