- A Cultural and Literary Companion 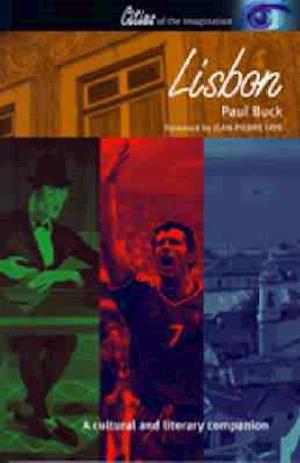 A cultural companion guide to Lisbon in the 'Cities of the Imagination' series. With a foreword by Jean-Pierre Faye Lisbon stands alone as the last city on the western edge of Europe: a capital and port rich with a history of exploration and discovery, a place immersed in romantic dreams of its maritime past. Shackled by the decades of Salazar's dictatorship, contemporary Lisbon has embraced modernity and the European ideal, its modern architecture and planning intent on blending with ancient monuments, clanking trams and the "old quarters". Lisbon today has a youthful energy, a zest for living reflected in an insatiable appetite for music and nightlife. Paul Buck explores this seven-hilled city with a particular emphasis on its literature and arts. Viewing the "white city" from angles high and low, from miradouros and alleyways, pursuing songs and saudade, he discovers the confidence of a cosmopolitan city full of the sounds and tastes of its former colonies. A city in a hurry to modernize, but one that can slow anybody to its relaxed pace.The city of renovation and rejuvenation; the two great bridges over the Tagus; the impact of Expo 98; monumentalism old and new; expansion, innovation and urban ambition. The city of writing and music; Pessoa and Saramago; stories within stories and narratives of shifting time; fado, the music of Lisbon's melancholy; from classical guitar to ambient soundscapes. The city of visitors: Byron and Fielding; Thomas Mann and Cees Nooteboom; Wim Wenders and Alain Tanner; Simone de Beauvoir and Antonio Tabucchi; illusions and hallucinations in

Forfattere
Bibliotekernes beskrivelse A guide to the history and culture of Lisbon. maps, portraits