indgår i serie The Old Kingdom 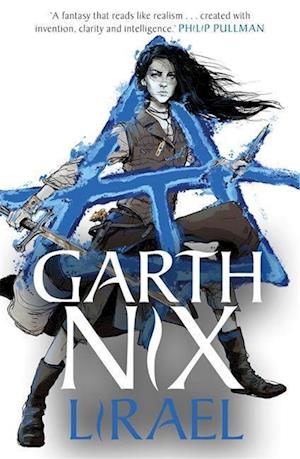 The third incredible installment of Garth Nix's internationally bestselling OLD KINGDOM fantasy series, perfect for readers of Philip PullmanLirael has never felt like a true daughter of the Clayr, a powerful group of clairvoyant oracles responsible for assisting the Abhorsen and the Royal Family in keeping the Old Kingdom safe from the threat of the Dead. Not only does she look completely different to everyone else, she is long past the age that she should have received the Sight. She feels alone, abandoned, and utterly unsure of who she really is. Meanwhile, across the Wall in Ancelstierre, Prince Sameth is equally lonely. He knows he has a great role to fulfil - he must one day take over as Abhorsen from his mother, Sabriel - but the prospect horrifies him. He fears the Dead, and after a terrifying incident with a rogue Necromancer, he is mortally afraid of his own destiny. But unbeknownst to Lirael and Sameth, they are part of an even greater future plan. The forces of evil are growing once more in the Old Kingdom, and Lirael and Sameth will find themselves at the heart of a desperate mission to stop them.