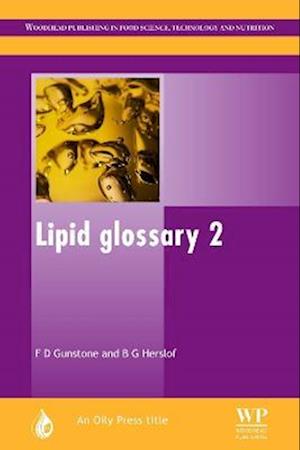 Lipid Glossary 2 is a handy reference for a wide range of lipid scientists and technologists, as well as for those involved in the trading of these materials.The major part of the book is the glossary which contains brief and simple definitions, such as the names of fatty acids and lipids, the major oils and fats, terms associated with their analysis, refining, and modification, and the major journals and societies concerned with lipid chemistry. Entries are arranged alphabetically for ease of reference and there are cross-refernces between sections. Many entries have full references to further sources of information.The earlier book A Lipid Glossary (first published by The Oily Press in 1992) has been completely rewritten for this new version. The entries have been extended and increased in number to over 1200. The number of graphics has been raised to over 180. As a consequence, the new book has more than twice as many pages as the old version. Details of the major lipid journals and books on lipids are listed in two appendices.