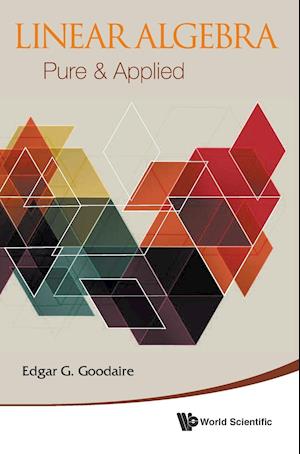 This is a matrix-oriented approach to linear algebra that covers the traditional material of the courses generally known as "Linear Algebra I" and "Linear Algebra II" throughout North America, but it also includes more advanced topics such as the pseudoinverse and the singular value decomposition that make it appropriate for a more advanced course as well. As is becoming increasingly the norm, the book begins with the geometry of Euclidean 3-space so that important concepts like linear combination, linear independence and span can be introduced early and in a "real" context. The book reflects the author's background as a pure mathematician - all the major definitions and theorems of basic linear algebra are covered rigorously - but the restriction of vector spaces to Euclidean n-space and linear transformations to matrices, for the most part, and the continual emphasis on the system Ax=b, make the book less abstract and more attractive to the students of today than some others. As the subtitle suggests, however, applications play an important role too. Coding theory and least squares are recurring themes. Other applications include electric circuits, Markov chains, quadratic forms and conic sections, facial recognition and computer graphics.