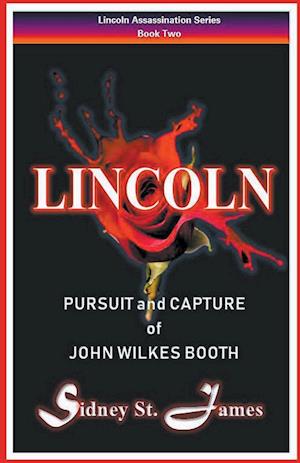 A month before the firing at Fort Sumter, Robert E. Lee said, "There is a terrible war coming, and these young men who have never seen war cannot wait for it to happen, but I tell you, I wish that I owned every slave in the South, for I would free them all to avoid this war!"

"History is written by the victors." – Winston Churchill

Soldiers killed John Wilkes Booth at Garrett's farmhouse in Virginia twelve days after he assassinated Abraham Lincoln. The last entry in a red diary found on his person the night of his death was, "Our country owed all her troubles to Abraham Lincoln. God simply made me the instrument of his punishment. I have entirely too great a soul to die like a criminal… spare me that and let me die bravely."

Lincoln had another nightmare three days before his assassination. In it, he awoke to the cries of men, women, and children all around. The president met face-to-face a shocking surprise after walking from his bedroom down the stairs of the Executive Mansion.

In front of him was an open coffin wrapped all around in funeral vestments. Soldiers were lining the walls of the chambers, and numerous mourners were passing by his body. Lincoln walked over to one of the guards and asked, "Who is it that lies there dead?" The guard nearest the corpse said, "It's the President. He was shot and killed by an assassin."

This book will follow Booth, and the federal forces extensive manhunt to capture him. It will also bring to the attention of the reader reasons why there still remain questions unanswered.  According to the memoirs of one of the soldiers, the man killed the night at Garrett's farmhouse, had a red mustache, and Booth's was black. Furthermore, according to Doctor Samuel Mudd, Booth shaved his mustache off when he was only twelve hours out of Washington City, having his broken leg set.

Every memoir of the Civil War provides us with a different view of what happened during the assassination of Abraham Lincoln. Asia Booth's memoirs of her famous brother never found their release to the public until 1938, after she was long gone.

While researching information on the assassination of Lincoln, I discovered the FBI was still investigating John Wilkes Booth over a hundred plus years after his death. Soldiers present at his capture and death tried to assure the Colonel that who they killed was not John Wilkes Booth because they knew him personally. Years of documents and DNA tests are beginning to prove that the man discovered at Garrett's farmhouse was, in fact, someone else, not John Wilkes Booth.