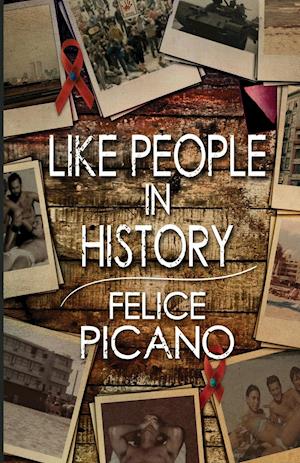 Solid, cautious Roger Sansarc and flamboyant, mercurial Alistair Dodge are second cousins who become lifelong friends when they first meet as nine-year-old boys in 1954. Their lives constantly intersect at crucial moments in their personal histories as each discovers his own unique — and uniquely gay — identity. Their complex, tumultuous, and madcap relationship endures against 40 years of history and their involvement with the handsome model, poet, and decorated Vietnam vet Matt Loguidice, whom they both love. Picano chronicles and celebrates gay life and subculture over the last half of the twentieth century: from the legendary 1969 gathering at Woodstock to the legendary parties at Fire Island Pines in the 1970s, from Malibu Beach in its palmiest surfer days to San Francisco during its gayest era, from the cities and jungles of South Vietnam during the war to Manhattan’s Greenwich Village and Upper East Side during the 1990s AIDS war.

In a book that could have been written only by one who lived it and survived to tell, Picano weaves a powerful saga of four decades in the lives of two men and their lovers, relatives, friends, and enemies. Tragic, comic, sexy, and romantic, filled with varied and colorful characters, Like People in History is both extraordinarily moving and supremely entertaining.

First published to acclaim in 1995, winner of the Ferro-Grumley Award for Best Novel, Gay Times Best Novel of the Year and Finalist for Lambda Literary Award Best Gay Fiction, this 25th Anniversary edition for 2020 features a new foreword by Richard Bugs Burnett and an afterword by the author.